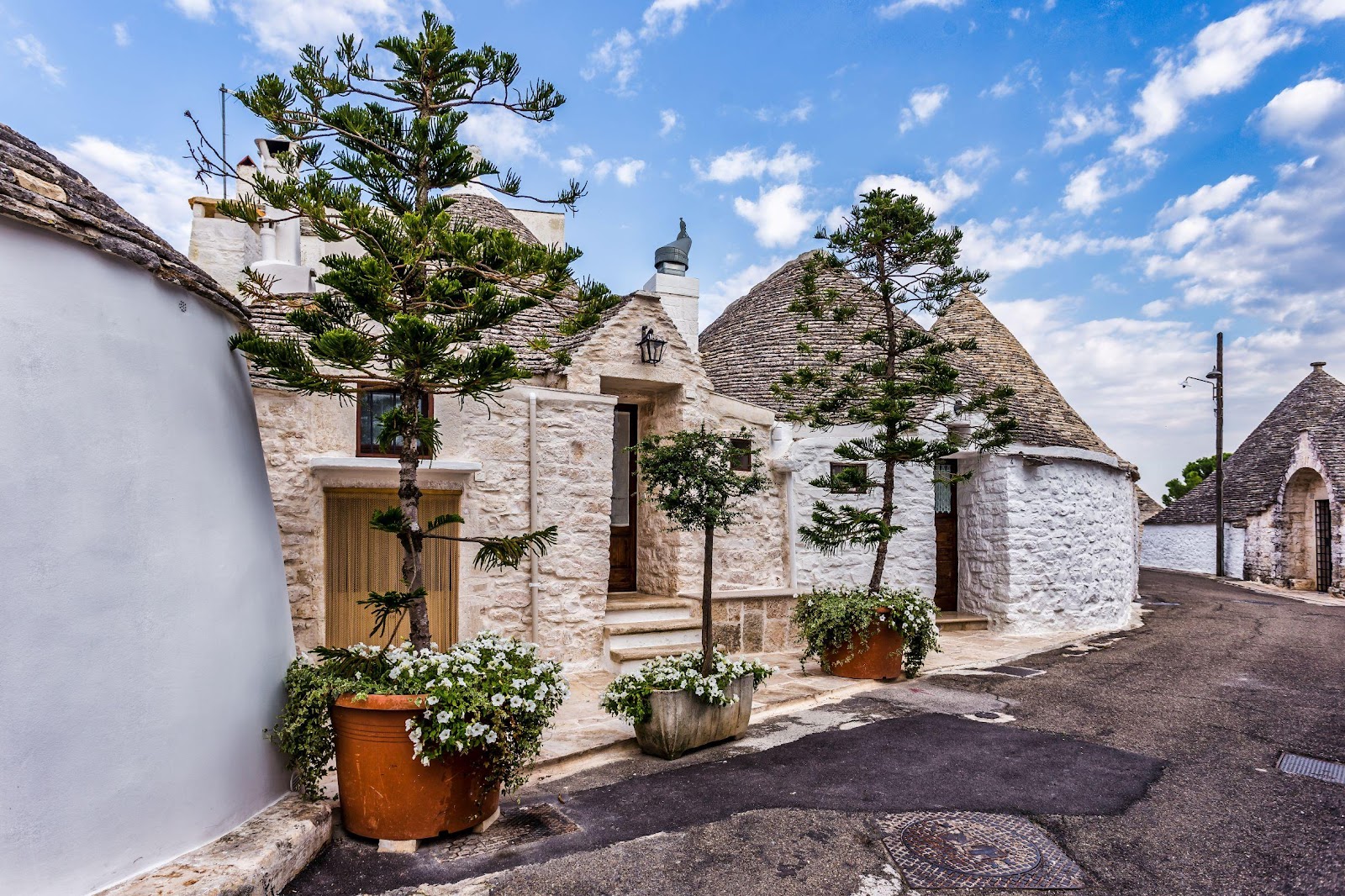 How old is your town?

One of the things that amazed me the most about my trip to Italy was the age of everything. Coming from America, where the few old buildings we have (for the most part) date back only as far as the 1600s, the structures in Italy that have stood for thousands of years are quite a marvel.

The history is absolutely incredible.

One such exquisite destination that I visited was Alberobello in the Puglia region of Southern Italy (the heel of Italy’s boot). Check it out! 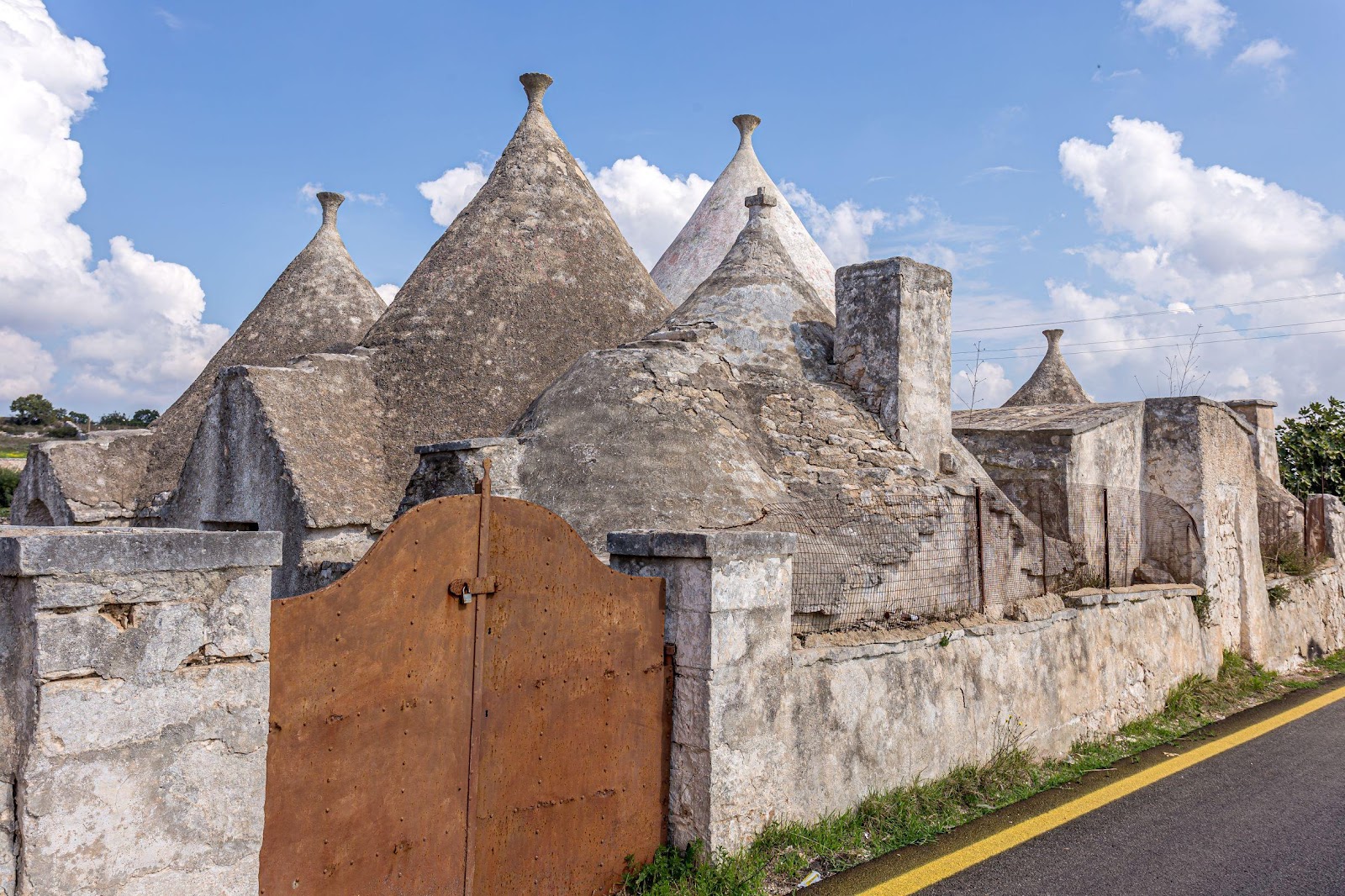 The Origins of the Trulli

The trulli in Alberobello actually came about because of an age-old desire to avoid paying taxes. Beginning around 1000 A.D. the feudal system was common in southern Italy. This system involved a symbiotic relationship between “lords” and “fiefs”. The fiefs were farmers and villagers who paid a portion of their crops to the lord who provided protection from the bandits that were common in the region.

In some cases, the system worked well. But, as with most things, if the folks in power weren’t quite so upstanding, the folks at the bottom suffered.

In Alberobello’s case, the troubles started in the 1500s when the Acquaviva family, the lords of the region, decided they didn’t want to have to pay such high taxes to the king. Taxes were based on how many homes and property were under their control, so they ordered the peasants to build homes that could be easily dismantled.


The Architecture of the Trulli

To that end, the homes had to be built without mortar. Ingenious designers came up with the circular houses with conical roofs built from the limestone that was common in the area. All they had to do was pull the topmost stone in the roof and the whole building came tumbling down.

Then, when the king’s taxman came around, all he saw a pile of rocks. But, imagine how annoying this was for the peasants!

Today, the technique is still used to display the historical heritage of the area. Trulli can be found dotting the countryside around the village, but the main concentration can be found in town. There are 1,030 trulli in Alberobello and the site was designated as a UNESCO World Heritage site in 1996.

I stayed on the outskirts of the village in an apartment owned by a delightful Italian couple. There was a festival going on while I was there and they even invited me up to their balcony to watch the fireworks. From our perch on the hillside, we could easily see out over the village for a unique perspective.

However, visitors can stay in an authentic trullo in town and there are many shops and restaurants in trulli that you can also visit.

I only got to spend a couple of days in Alberobello, but I recommend adding it to your bucket list. It’s fun to walk around and explore the town as well as learn about the town’s rather quirky history. If anything, the photo ops are amazing! Maybe I’ll see you there!

Made with Love & Robots

We make exceptional and sophisticated gifts, alongside amazing customer service and a commitment to quality.

EVERY MAP PLANTS A TREE

Art can change the world. We work with One Tree Planted, a trusted nonprofit partner, to plant trees around the world.

You need to give a gift to someone special. That gift should be unique and personal, with inherent meaning. We can help.